Ive never wanted to be a robot-truck actually. I wanted to be a poem-truck when I was a / poet :: laquecomics :: transformers :: comics (funny comics & strips, cartoons) 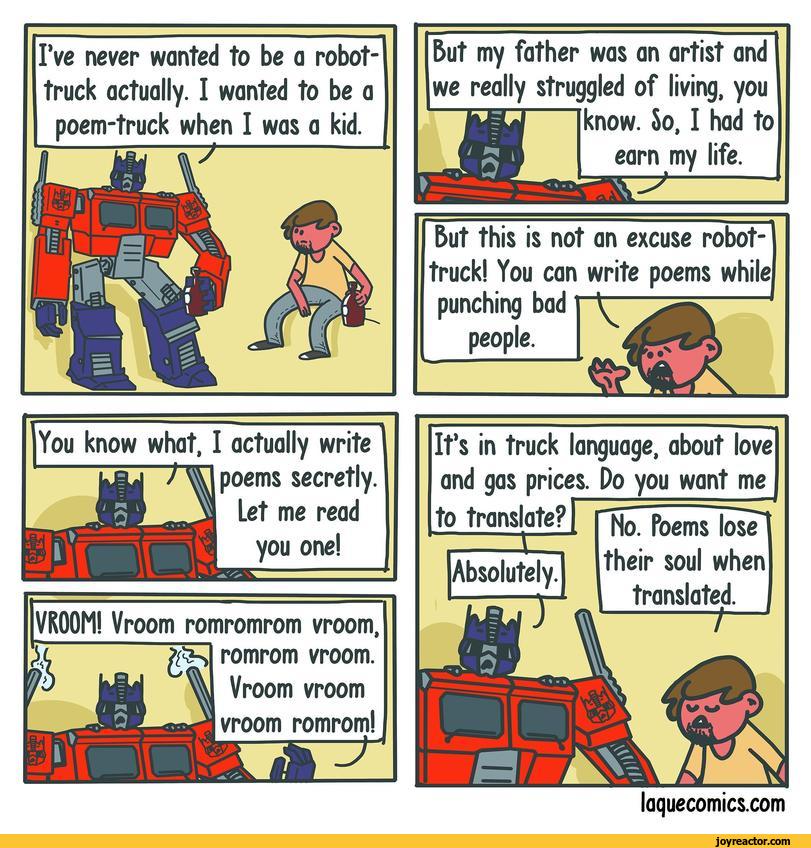 Details
﻿I’ve never wanted to be a robot-truck actually. I wanted to be a poem-truck when I was a kid. y-------------- You know what, I actually write ) \\\! poems secretly. Let me read you one! DOS IVROOM! Vroom romromrom vroom, E romrom vroom. Vroom vroom vroom romrom! K A J But my father was an artist and we really struggled of living, you know. So, I had to earn my life. _____________-iw But this is not an excuse robot-truck! You can write poems while punching bad It’s in truck language, about love and gas prices. Do you want me to translate?! ff0 Absolutely. 1 their soul when translated. 1 laquecomics.com
laquecomics,transformers,poet,comics,funny comics & strips, cartoons
More