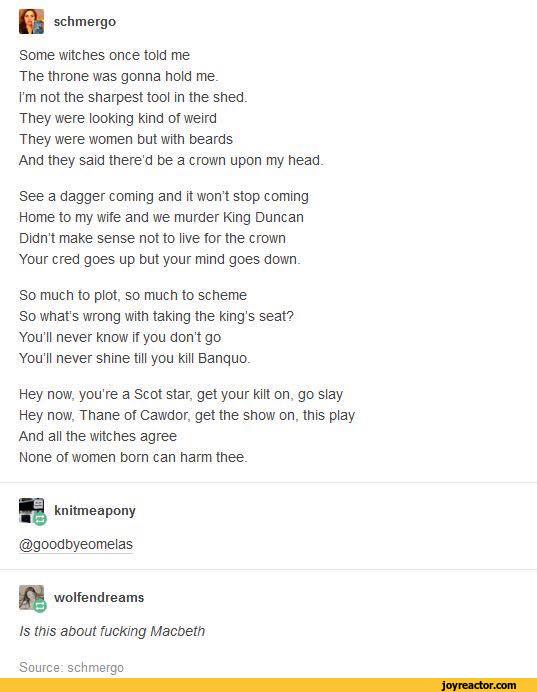 Details
﻿i?3 schmergo Some witches once told me The throne was gonna hold me I'm not the sharpest tool in the shed. They were looking kind of weird They were women but with beards And they said there'd be a crown upon my head See a dagger coming and it won't stop coming Home to my wife and we murder King Duncan Didn't make sense not to live for the crown Your cred goes up but your mind goes down. So much to plot, so much to scheme So what's wrong with taking the king's seat? You’ll never know if you don't go You’ll never shine till you kill Banquo. Hey now. you're a Scot star, get your kilt on. go slay Hey now. Thane of Cawdor, get the show on. this play And all the witches agree None of women born can harm thee. knitmeapony @goodbyeomelas wolfendreams Is this about fucking Macbeth Source: schmergo
meme,song,macbeth,Shakespeare,All Star,Smash Mouth,mashups
More

who wants to be a millionaire(9)