WHY THE ENGLISH LANGUAGE IS SO HARD TO LEARNThe bandage was wound around the wound.The farm was / funny pictures 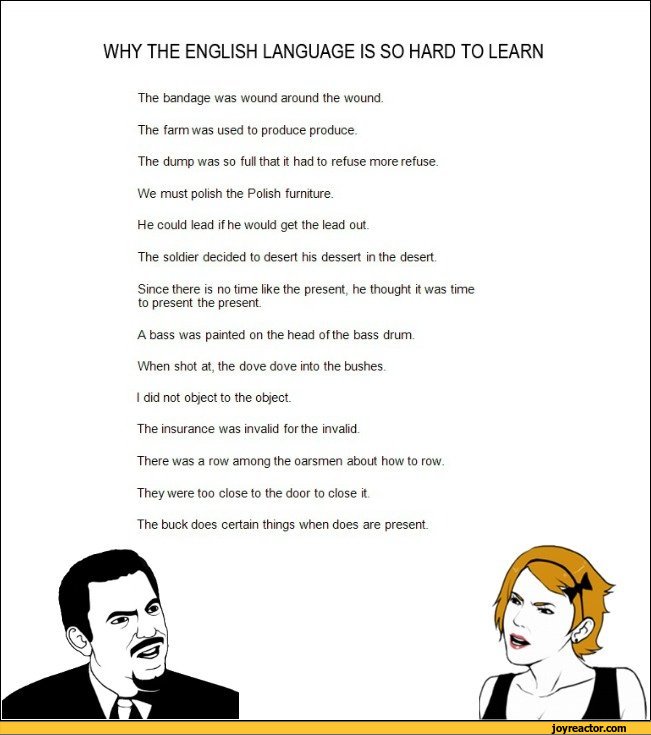 Details
﻿WHY THE ENGLISH LANGUAGE IS SO HARD TO LEARN The bandage was wound around the wound. The farm was used to produce produce The dump was so full that it had to refuse more refuse. We must polish the Polish furniture. He could lead if he would get the lead out The soldier decided to desert his dessert in the desert Since there is no time like the present he thought it was time to present the present A bass was painted on the head of the bass drum When shot at, the dove dove into the bushes I did not object to the object. The insurance was invalid for the invalid There was a row among the oarsmen about how to row They were too close to the door to close it The buck does certain things when does are present
funny pictures,auto
More