Hi guys! Me and my friend programmer are reopening our abandoned project. Freetoplay arcade web shooter. First we will run it on the Facebook and try to pass Steam Greenlite. Project need a lot of player to test and we are looking for them in advance. Follow us to wach, to affect development process and not to to skip first testing https://www.facebook.com/shootbots/
This is our first indie project and we will be grateful for any advice and opinions. 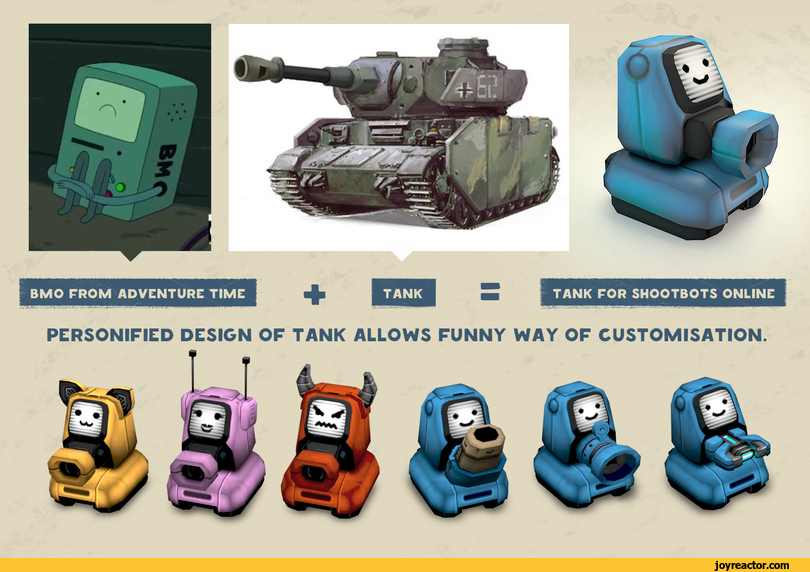 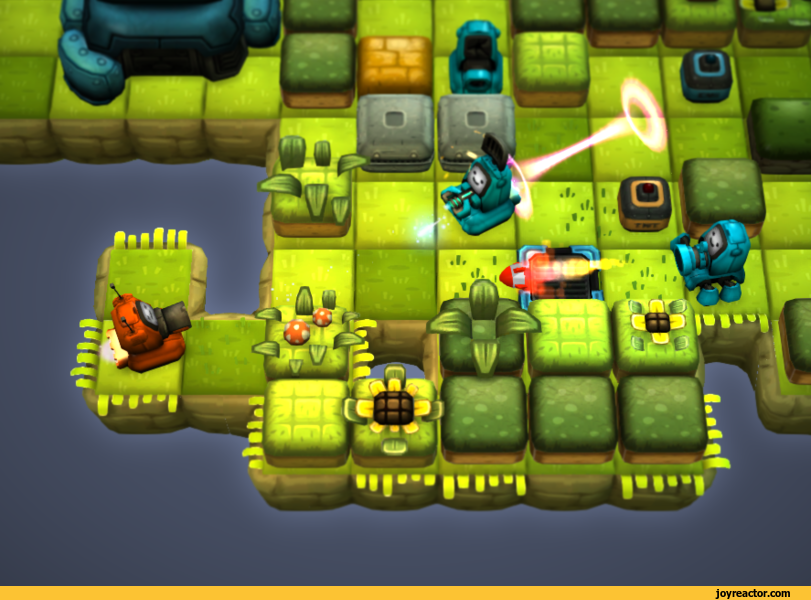 Ideas of some features

Irrational Games has announced 1998 Mode for BioShock Infinite: Burial at Sea -- Episode 2. The difficulty mode calls back to the original Thief -- both in concept and in its key art -- by finishing the story without killing anyone. 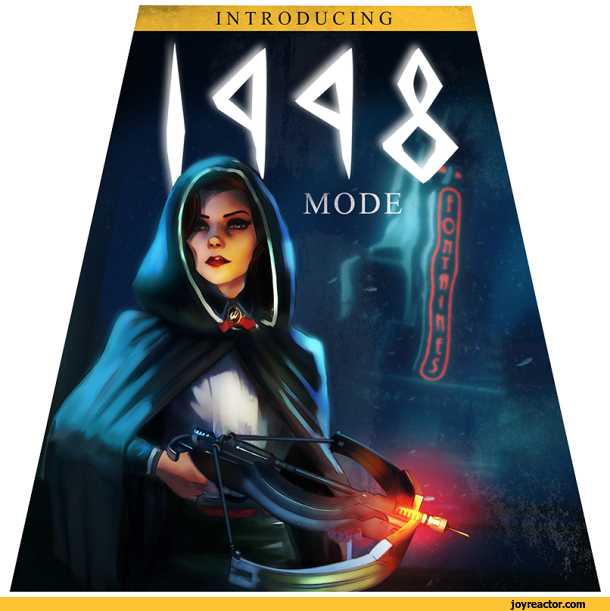 Similar to Infinite's 1999 Mode, 1998 is a challenging difficulty modifier. Irrational Games director Ken Levine said, “In Burial at Sea – Episode Two we put a focus on balance and stealth mechanics. As we were developing this new style of gameplay, we started to see people self-impose non-lethal playthrough’s. Given the fan reception of 1999 Mode, we thought it would be cool to give them another way to play Burial at Sea that challenged their mastery of stealth tools.”

Burial at Sea -- Episode 2 will be available on March 25, and will conclude Irrational's time telling BioShock stories.

The Whistleblower DLC focusses on the events leading up to the main game, where an independent journalist breaks into a repurposed mental asylum after receiving a tip-off.  The DLC will also explore beyond the events of the first game to reveal the final chapter in Mount Massive Asylum's story. Whistleblower drops players into the role of the anonymous tipster, a contract software engineer called Weylon Park.

"Spending a couple of weeks at Mount Massive, during which he was unable to even talk to his wife and son in Boulder thanks to strict security protocols, Weylon developed a deep-seated distrust of the profit-motivated scientists and doctors leading dangerous and irresponsible experiments on their patients," a post on the official Facebook account reads. "Identifying with those poor souls fueled Weylon's anger, and set the stage for his unmasking of Mount Massive's rotten core."

Outlast was originally released on Sept. 4 for Windows PC and Feb. 5 on the PS4. PlayStation Plus members can download a copy of the survival horror game for free in February. 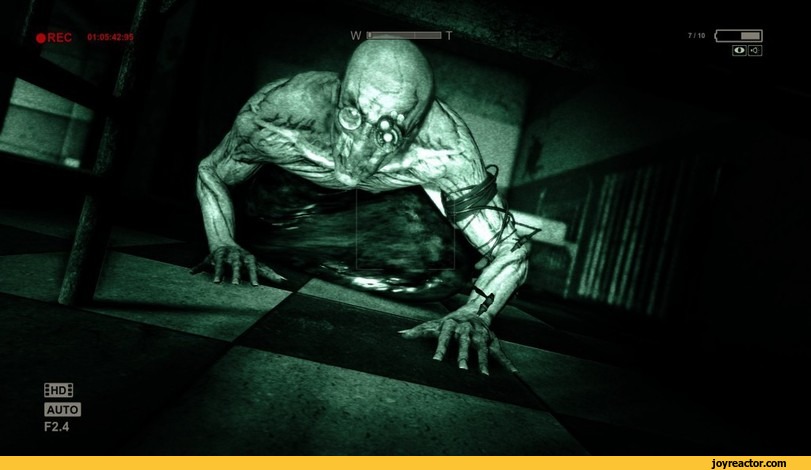 Wolfenstein: The New Order will be available on May 20 in North America, May 22 in Australia and May 23 in Europe according to an action-packed new trailer.

Bethesda's upcoming shooter will be available on PS4, Xbox One, PS3, Xbox 360 and PC on that date, according to the video below.

But that's not the most exciting part. Additionally, pre-ordering the game will grant you access to the beta for the long-absent Doom 4, which has apparently been retitled "Doom".

They're the details, but the trailer really needs to be seen to be appreciated. Be warned though, it doesn't pull any punches in introducing the hyper-violent 1960s setting or the monstrous characters. And it's got a cracking soundtrack. Check it out:

Calling upon our contacts deep within the heart of The Agency, IGN's managed to score the first look at Homeland's Rupert Friend as the title character in Agent 47, the sequel to 2007's Hitman. Check out this photo we got, leaked from the European set of the video game movie: 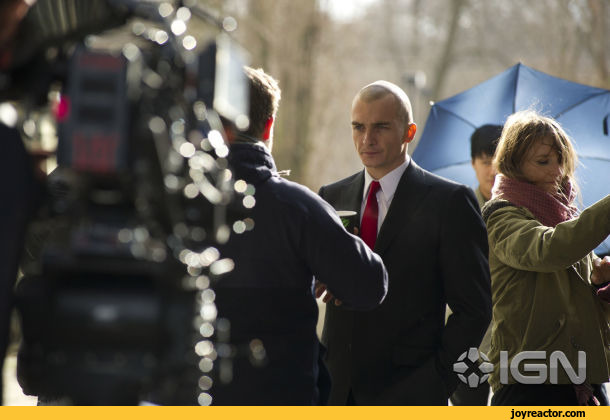 Zachary Quinto and Hannah Ware also star in Agent 47, which is being directed by Aleksander Bach from a script by Kyle Ward, Skip Woods and Michael Finch.

So what do you think of Rupert Friend as Agent 47?

The Order: 1886 makes dark, dreary London shine in a first taste of gameplay

The PlayStation 4's "Neo-Victorian" era supernatural shooter has come out of the dark.

When Ready at Dawn unveiled its PlayStation 4 game The Order: 1886 at last year's E3, the developer made a promise that everything we were shown was "running in-engine, in-game with no gimmicks."

"The idea was to make sure that you never saw any visual discrepancies or breaks in continuity between gameplay and cinematic," Ready at Dawn founder and CEO Ru Weerasuriya said at the time. "Our game models and our cinematic models are one and the same, and everything is rendered real time in the engine as you play the game."

Weerasuriya recently had the opportunity to make good on those visual promises, showing The Order: 1886's first slice of gameplay from an early portion of the game.

While the glimpse of that gameplay — cover-based, third-person shooter mechanics and hand-to-hand combat that plays out with timed button presses — felt achingly familiar, it was presented with a level of graphical fidelity paired with sharp art direction that rivals the pre-rendered visuals games have been striving to match for more than a decade.

"We wanted to build this filmic aspect to the game, from the atmosphere, to the way we use cameras in the game, to make it more immersive," Weerasuriya said. "Even in gameplay, we use filmic cameras that would be more reminiscent of cutscenes, but try meld it to gameplay and make sure it works — because things like depth of field could wreak havoc if not done right. "We played with it a lot and found happy mediums."

Graphically, The Order: 1886 can be simply jaw-dropping. There's a convincing sense of life in the faces of its protagonists, the knights Lafayette, a happy-go-lucky rookie; Galahad, the seasoned veteran; the noble mentor Percival and Igraine, the love interest/rival. Cloth physics give uniforms a heavy sense of weight and believable bounce as the knights traverse London's streets and rooftops. Motion blur, film grain and lens flare lend the game a warm, cinematic quality. Neo-Victorian London's dark, grit and grime aesthetic perfectly matches the overall dreary tone. The Order's real-time graphics a bit hard to believe at first. It matched what looked at the time — last year's E3 — like a pre-rendered cinematic. But the occasional imperfect texture, hitched frame or aliased seam would pop up, proving that, yes, this is happening in real-time.

In the gameplay demonstration Weerasuriya presented, two knights of the order, Galahad and Lafayette, enter London's downtrodden Whitechapel district and do battle with members of a rebellion. "As a member of the order, you protect humanity" from the creatures known as half-breeds, Weerasuriya explained, "but you're viewed as someone who protects the well-off." You'll do battle with supernatural creatures and the well-armed humans of the rebellion, which sees the re-imagined Arthurian knights as part of the systemic oppression of London's poor.

Ready at Dawn's version of Whitechapel attempts to stay true to the gritty East London district as it was at the time. Grit, soot and trash cover the area's crumbling infrastructure.

"We tried to infuse the London that existed at the time [into the game], not just the London we remember," Weerasuriya said. And while Ready at Dawn will faithfully recreate historic buildings like the city's Crystal Palace, it will also infuse 19th century London with fantastical, then-futuristic creations: dirigibles, an electrical grid, wireless communicators and super-powered weapons. "Airships didn't exist [at the time]," Weerasuriya said, "but they're fun." The same goes for The Order: 1886's arsenal, which includes an arc gun that shoots electricity, the thermite rifle that spreads fire and a shotgun that can also blast enemies with a non-lethal concussive force.

"We're building weapons that were not only cool and technologically advanced but believable at the time," Weerasuriya said. "These weapons did not exist, but every piece of it, the research [pulled] from things that existed at the time." The discrete parts — the metals, the capacitors, the wooden stocks — are pieced together, then meshed with the spirit of modern-day weapons to create something fantastical, but grounded by some tie to reality. "We don't use the word sci-fi, we make weapons that feel authentic to the time."

Ready at Dawn didn't show much in the way of breadth in gun-based gameplay in its demo, instead teasing a variety of mechanics.

After a short conversation between Galahad and Lafayette, which hinted at some of the historical fiction gadgets the order has at its disposal, the two sneaked behind enemies, taking cover behind crumbled walls and corners, shooting down rebels with semi-automatic fire. That led to a close-quarters combat situation in which Galahad engaged in a knife fight with another rebel. Using a short sequence of timed button presses peppered throughout a brutal hand-to-hand fight, Galahad was quickly the victor. He recovered the knife from his fallen foe, slicing open his windpipe, then stabbing him in the chest to ensure the kill.

What seemed interesting about that melee encounter was that Galahad appeared to have options during that quick time event. When his opponent was downed but not out, Galahad seemingly had the choice to attack with his hands or reach for the knife.

Weerasuriya said that those types of encounters will play out differently for players; those "branches," as he called them, are not as tightly structured as they are in other games, and failure to nail a particular button press doesn't mean players will necessarily lose a QTE fight.

That's an intriguing twist on what appeared to be some well-worn gameplay, an approach that hopefully extends to The Order: 1886's other discrete parts.

"We are striving to break the barriers of a regular action shooter, by introducing diverse moment-to-moment gameplay," Weerasuriya told Polygon earlier this year. "We're finding interesting ways to introduce melee-combat in the genre that seamlessly moves you from gunplay to different combat experience."

Ready at Dawn will have to prove that out sometime this year, when the game comes to PS4. 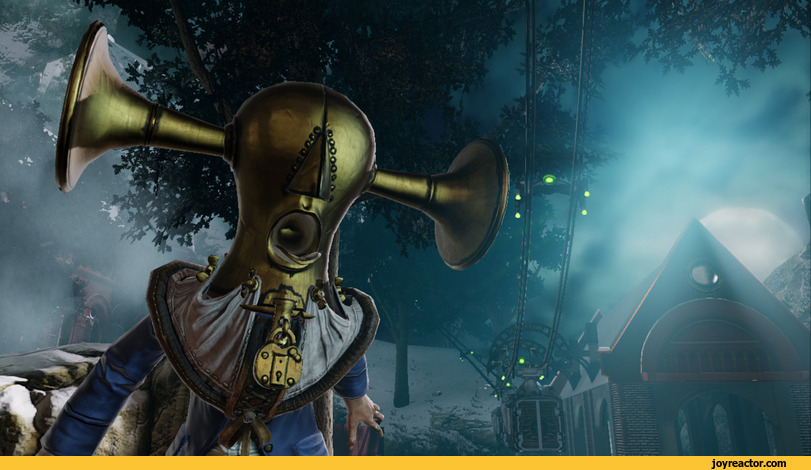