The film about people of Chernobyl NPP. No comments, no interview, just specialists who work

The Stained-glass Windows Of Chernobyl NPP 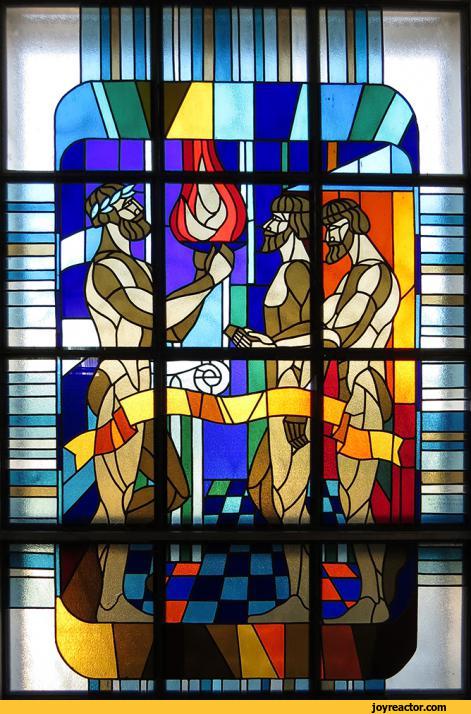 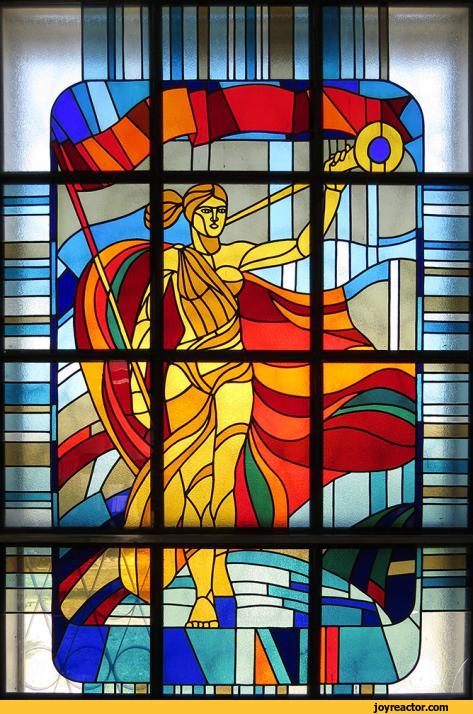 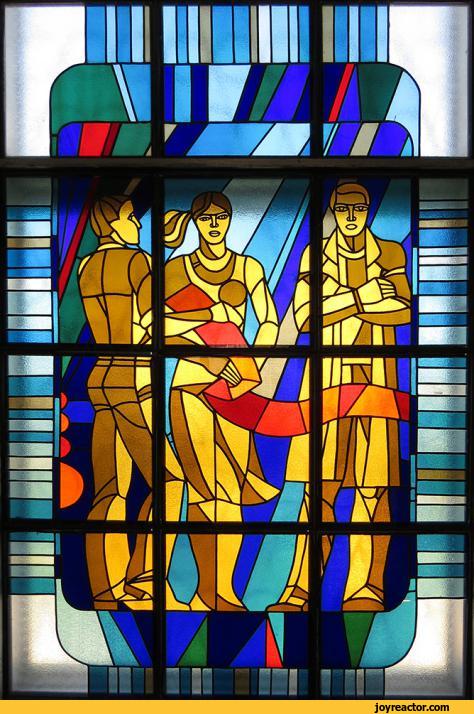 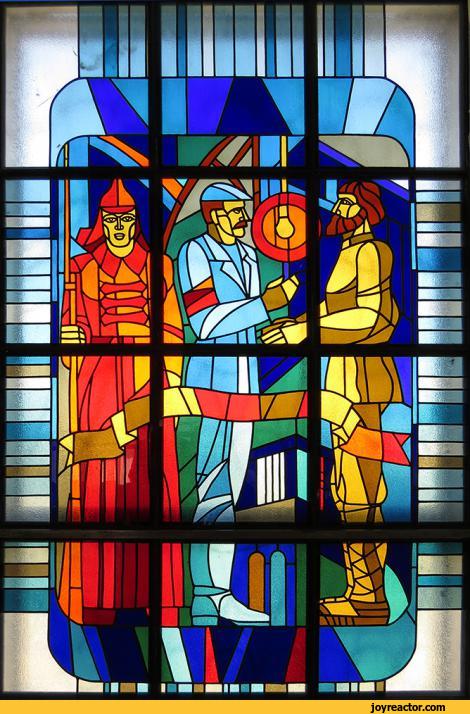 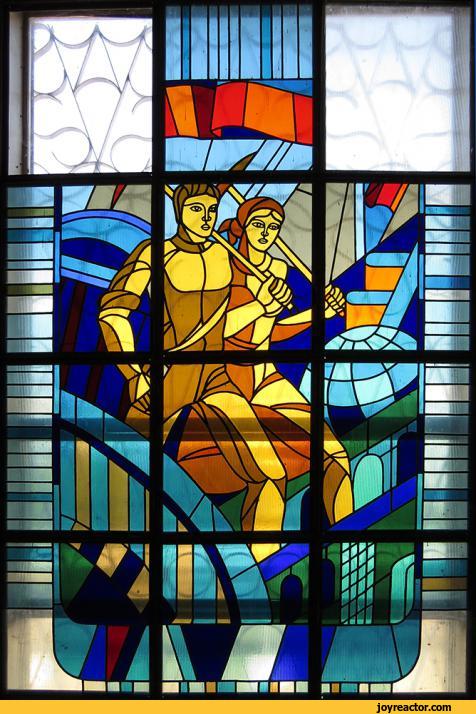 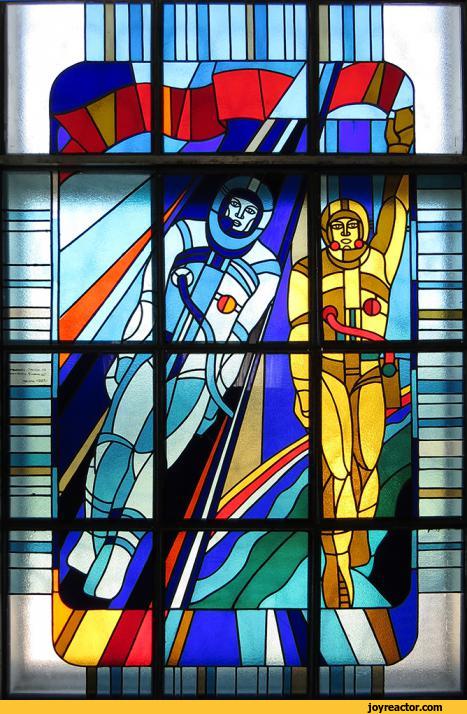 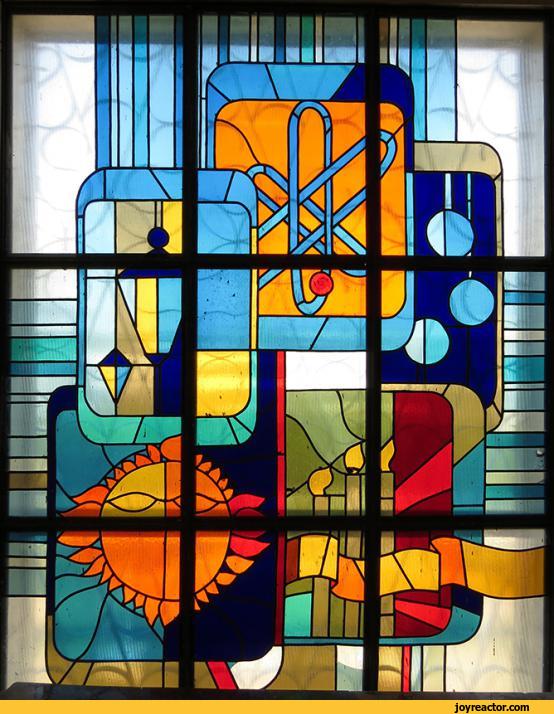 Pripyat. There is small quantity of people who don’t know about this town. Satellite town of Chernobyl NPP, was completely evacuated after the accident in 1986. Internet is filled with slightly creepy photographs from the ghost town with crumbling buildings, rusting machinery and crumbling plastering. Fans of the game "S.T.A.L.K.E.R." dream enter by stealth into Exclusion zone and personally ferment for some time through places, studied in a virtual world peopled with monsters.

We want to show you some different Pripyat. Pripyat, where again - very quickly, during less than 30 years - nature is become dominating. Where there are no monsters, but there is vocal with the sound of birds and green living world.Planted by people plants have become fossilized siliques. But released in the space of the town wild nature takes its. 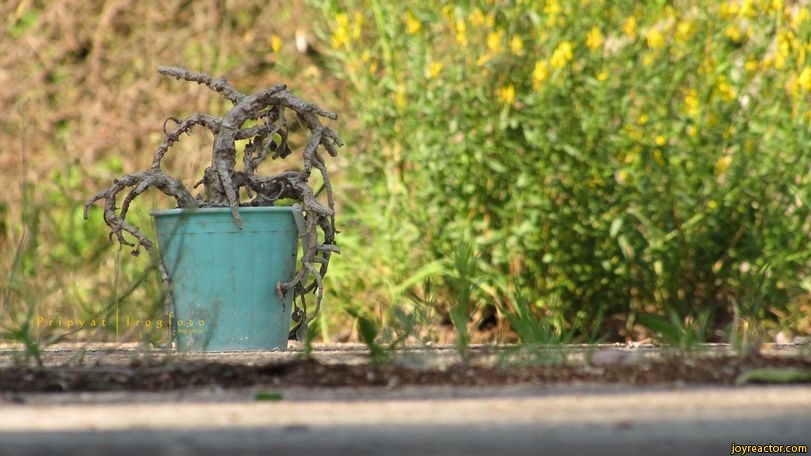 Planted by people plants have become fossilized siliques. But released in the space of the town wild nature takes its. 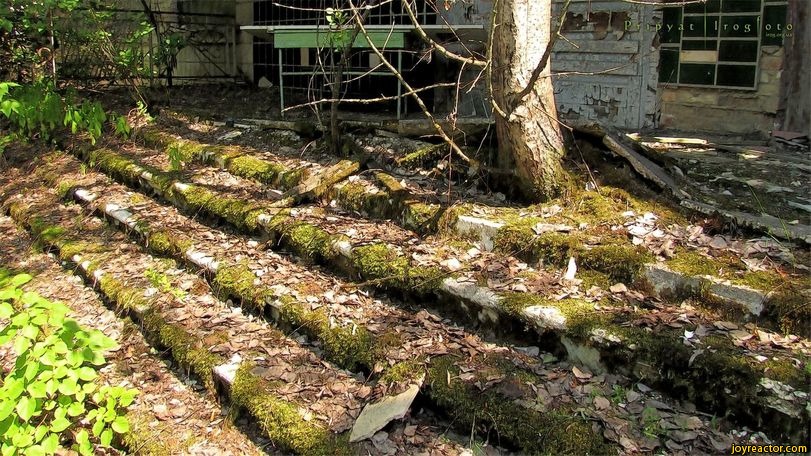 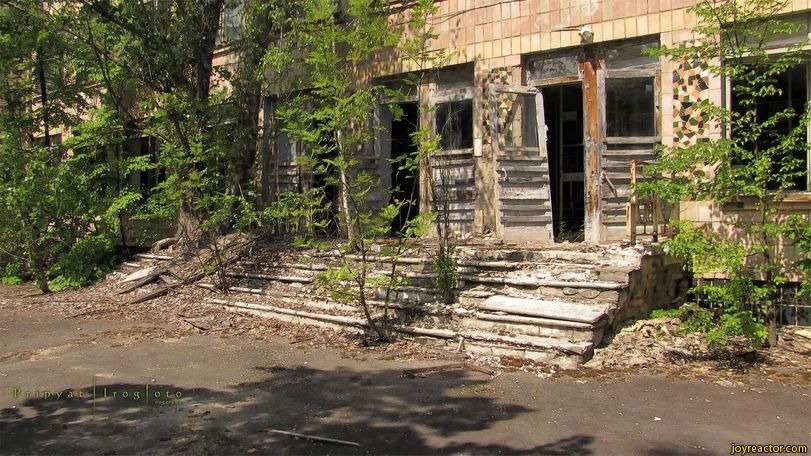 Acacia contrives to win the space of concrete steps. 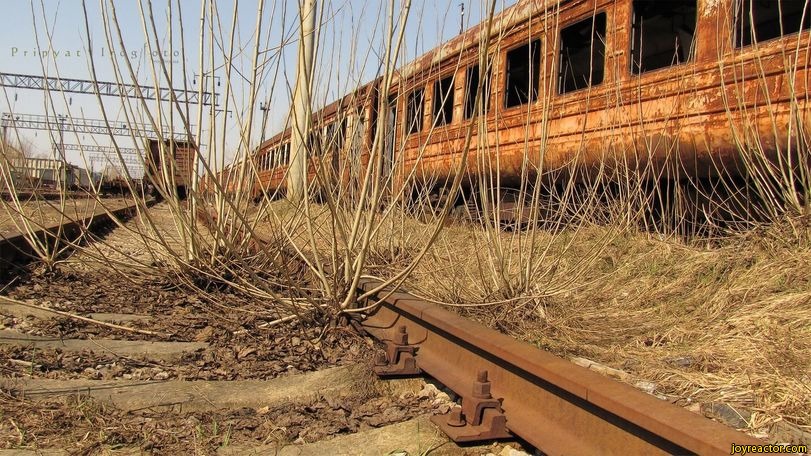 Birch forest grows between the sleepers. Other vegetation is also not lagging behind. 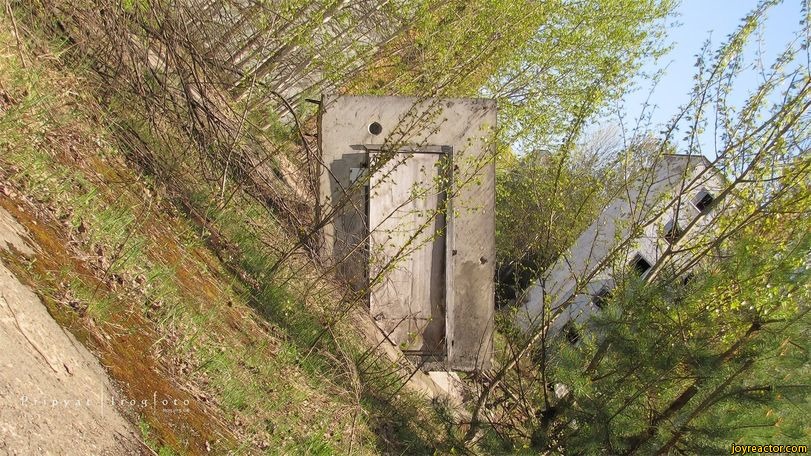 Asphalt area initially are covered with moss, and then with the green clump of trees. 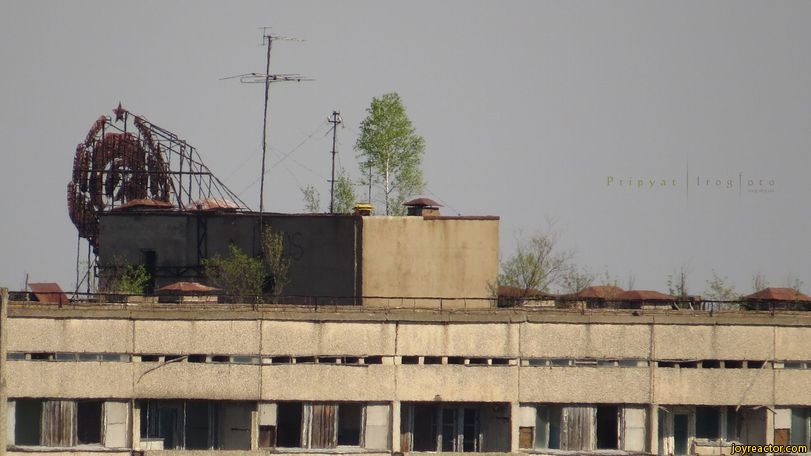 On the roof? It is easy! 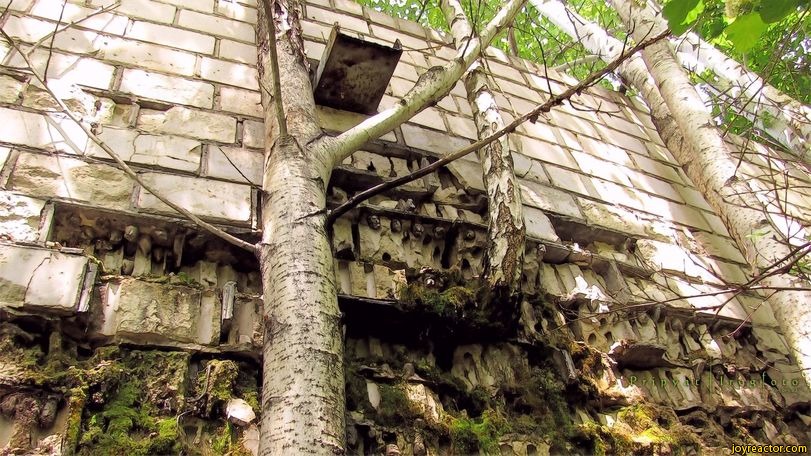 Grow directly from the walls of the building? Yes, check! 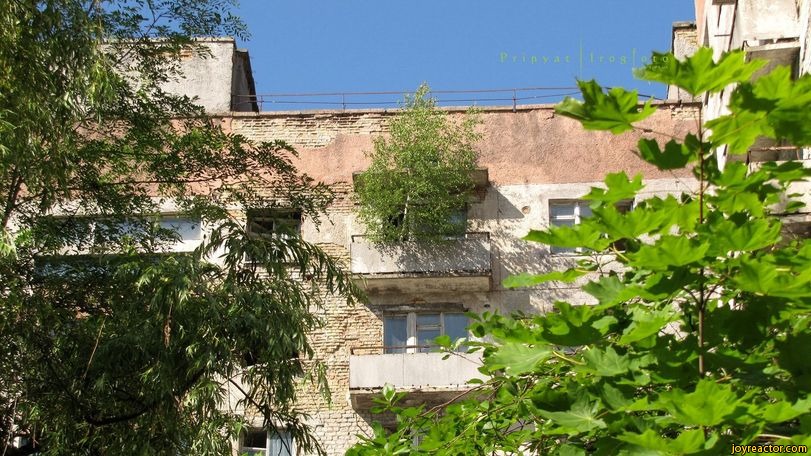 On the balcony? No problems. 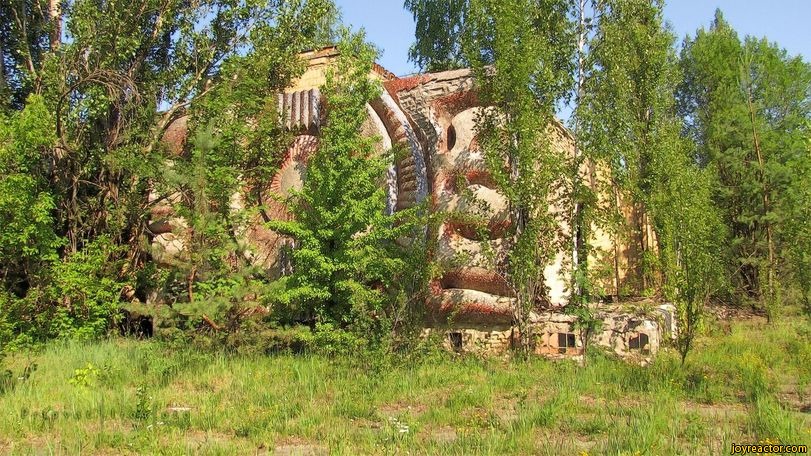 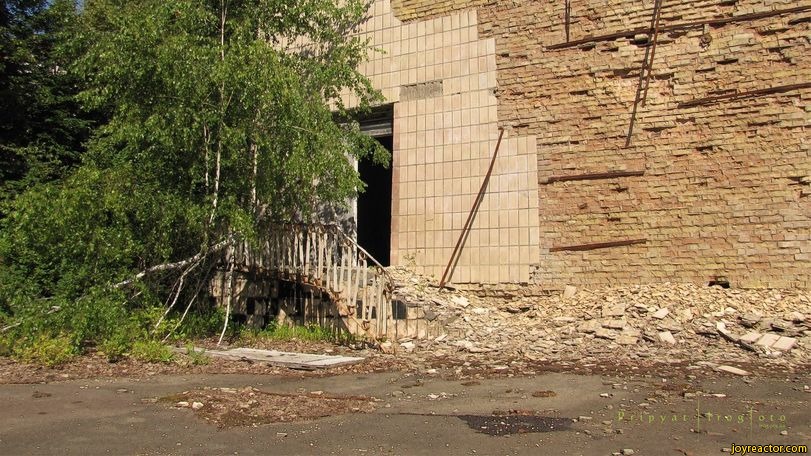 Vegetation comes closely to the walls, climbs into the houses. 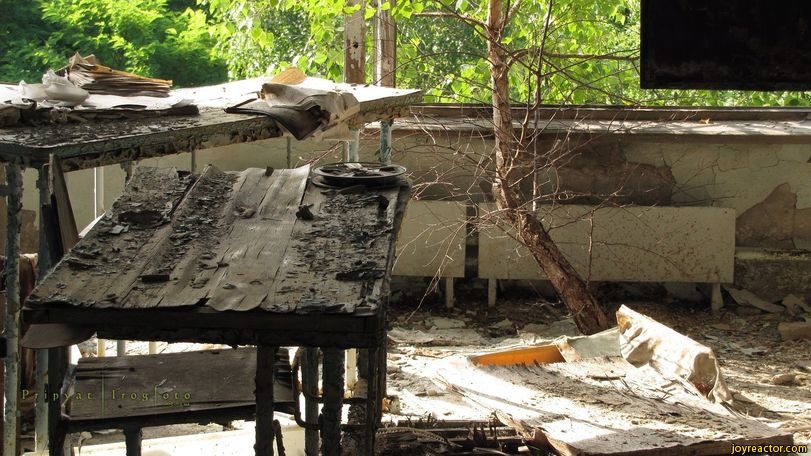 Grows through the parquet ... 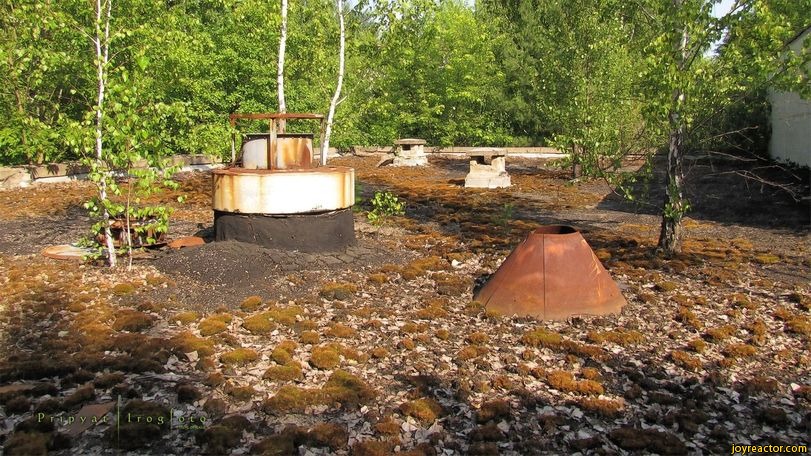 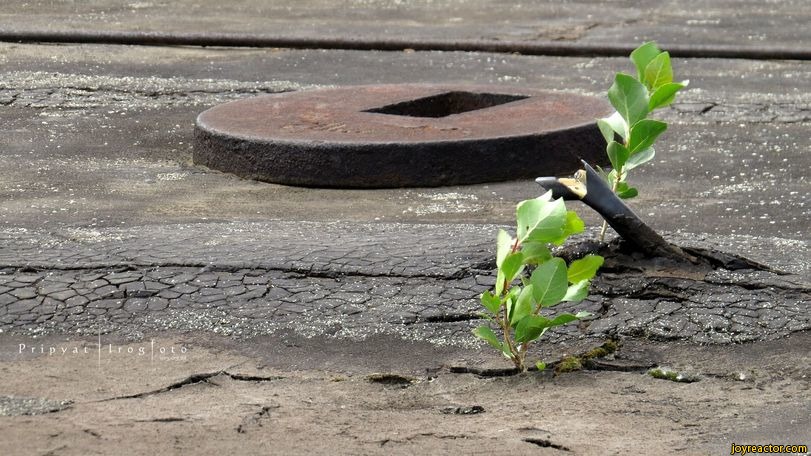 Through a layer of roofing material on the roofs... 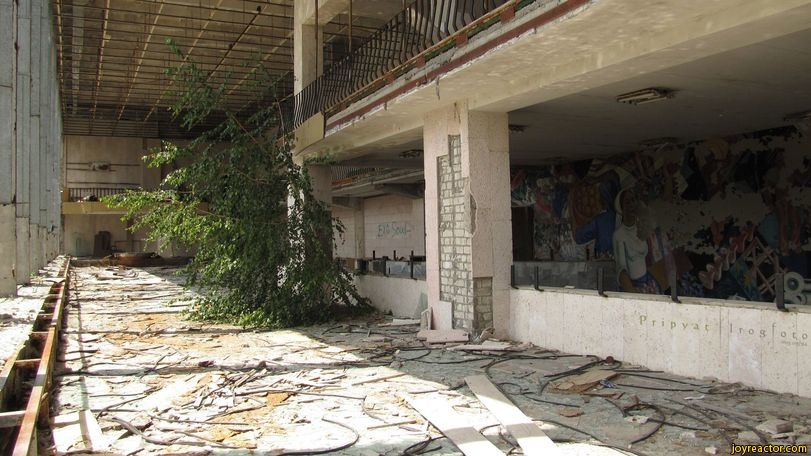 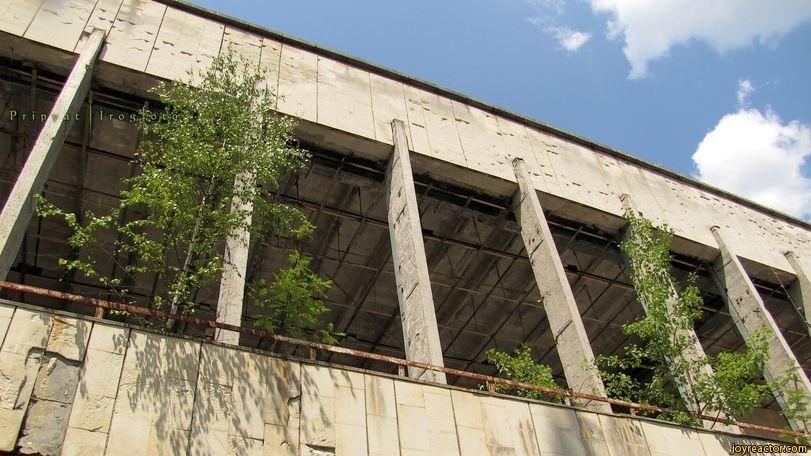 Penetrates deeper into the buildings 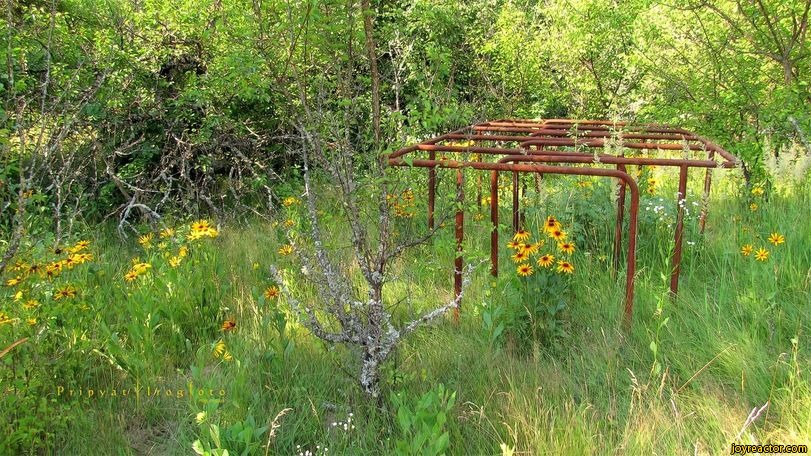 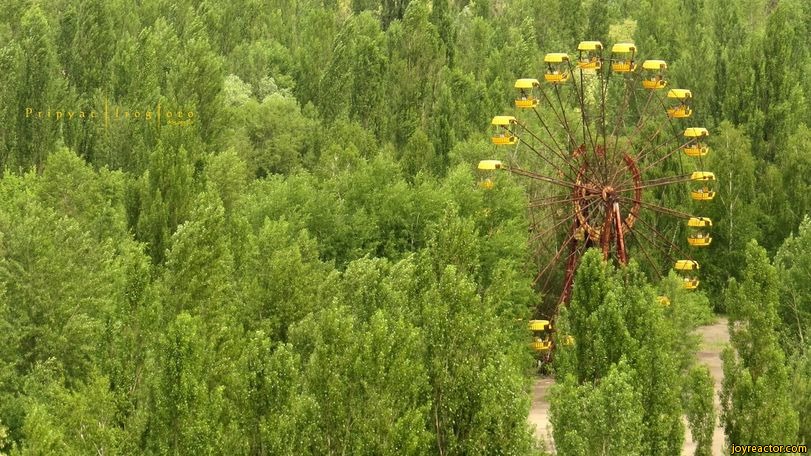 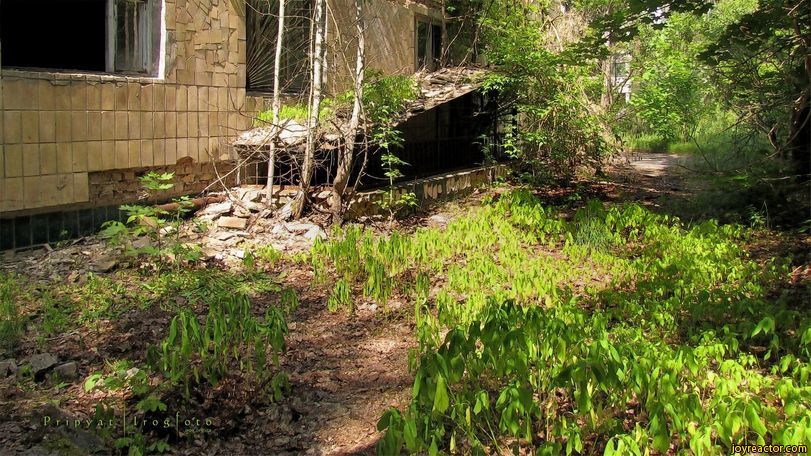 And maybe it's not so bad? Nature, as best it could, heals a dead city, tightening its wounds, and only in a few kilometers several thousand of people - Chernobyl NPP’s employers – are trying to heal the wound, created by the damaged Unit 4.