Little Suzie had a terrible problem of falling asleep in Sunday school. One day, she was dozing off / funny pictures 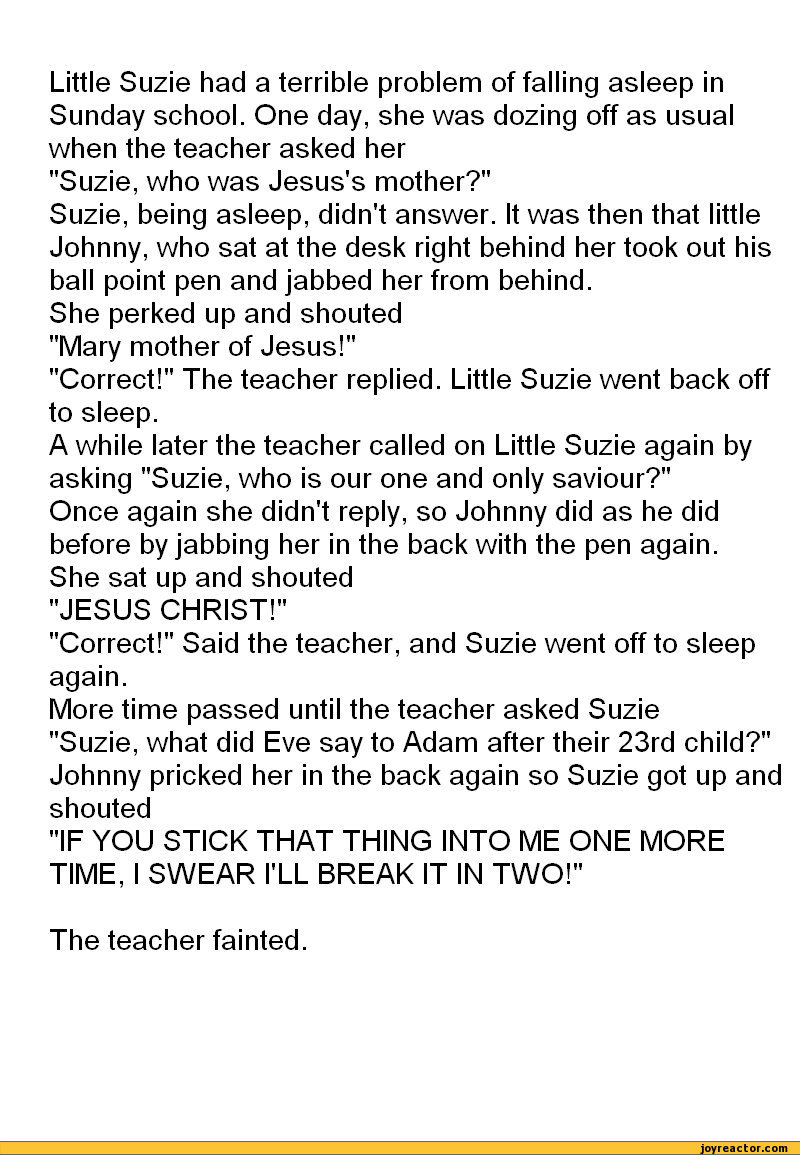 Details
﻿Little Suzie had a terrible problem of falling asleep in Sunday school. One day, she was dozing off as usual when the teacher asked her "Suzie, who was Jesus’s mother?" Suzie, being asleep, didn't answer. It was then that little Johnny, who sat at the desk right behind her took out his ball point pen and jabbed her from behind. She perked up and shouted "Mary mother of Jesus!" "Correct!" The teacher replied. Little Suzie went back off to sleep. A while later the teacher called on Little Suzie again by asking "Suzie, who is our one and only saviour?" Once again she didn't reply, so Johnny did as he did before by jabbing her in the back with the pen again. She sat up and shouted "JESUS CHRIST!" "Correct!" Said the teacher, and Suzie went off to sleep again. More time passed until the teacher asked Suzie "Suzie, what did Eve say to Adam after their 23rd child?" Johnny pricked her in the back again so Suzie got up and shouted "IF YOU STICK THAT THING INTO ME ONE MORE TIME, I SWEAR I'LL BREAK IT IN TWO!" The teacher fainted
funny pictures,auto
More