Toshiba is recalling batteries from 100,000 laptops following reports of units overheating and literally melting. The recall affects 40 laptop models sold in the US and Canada between June 2011 and 2016, and includes some of Toshiba's most popular models, including its Satellite and Portege ranges.

The manufacturer has published a full list of models directly affected by the recall, as well as others that may have received the faulty Panasonic-made batteries during servicing or through the purchasing of replacement power packs. Affected customers are eligible for a free replacement battery from Toshiba.

The manufacturer posted instructions on how customers can check whether their battery pack is affected and qualifies for a replacement. To do so, you'll need to locate the model sticker on the bottom of your laptop and enter the product part number into Toshiba's website. Alternatively, customers can download a utility that will automatically check their system and inform them if their laptop is part of the recall.

Toshiba has so far received four reports of the power packs overheating and melting. Customers found to be in possession of an affected model are advised by the United States Consumer Product Safety Commission to power of their laptop and remove the battery, before sending it off to Toshiba for replacing.

It's the first-world-problem bane of our modern existence: the battery on your relatively new phone, laptop or tablet growing weak and unreliable in no length of time.

But this recurring annoyance could soon *theoretically* be a thing of the past. That's because scientists at the University of California at Irvine (UCI) have stumbled across a gel-like substance that can preserve the usually-limited re-charge life of a battery.

PhD student Mya Le Thai and her lab colleagues had the breakthrough while researching nanowires - highly conducive materials that are thousands of times thinner than a human hair and which are a key component of batteries.

Just for the hell of it, Le Thai started coating a nanowire in a manganese dioxide gel shell, and...well, let's turn the explanation over to Reginald Penner, chairman of UCI's chemistry department. He said:

She discovered that just by using this gel she could cycle it hundreds of thousands of times without losing any capacity. That was crazy, because these things typically die in dramatic fashion after 5,000 or 6,000 or 7,000 cycles at most.

The team then went on to test the new type of battery over 200,000 times over a three-month period and no loss of capacity or power was reported.

This research proves that a nanowire-based battery electrode can have a long lifetime and that we can make these kinds of batteries a reality, Le Thai explained.

Windows 10 has a built-in, hidden battery report tool that can tell you everything you need to know about your laptop battery, including your battery life estimate and its capacity over time. Use this powercfg command to better understand your battery's health and optimize your computer's battery life.

We'll use the command prompt to generate an HTML battery report for your computer.

2. Type in and enter: powercfg /batteryreport

This command will create a battery report under C:\WINDOWS\system32\battery-report.html or, in Windows versions older than Windows 10, under C:\Users\[Username]

3. Open the Battery report HTML file to view it.

The report will give you more information about the batteries in your system, as well as how they've been used over time.

Perhaps of most usefulness to most people is the battery life estimates--how long you can expect your battery to last based on actual usage--and how it's changed since you first installed the OS. It's more accurate and precise than relying on the battery icon in your taskbar.

Other report sections such as Usage history and battery capacity can help you check your laptop battery's health. To get many more details about your battery than you from the battery icon in the taskbar, remember this hidden trick. 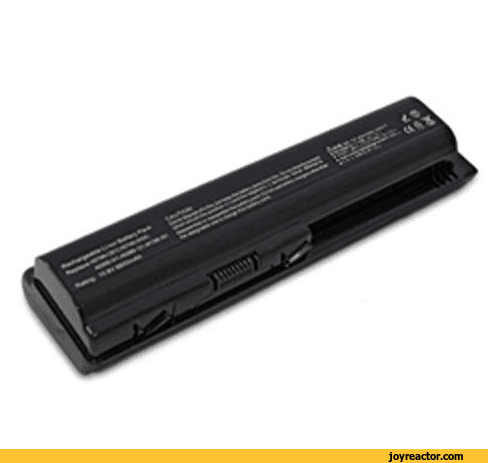